Missing MathJaX in the duplicate subtab of the close review queue

When I review a question with a vote to close as duplicate, I see MathJaX formatting for the question body, but not in the tab that shows the proposed duplicate. Chrome 23.0.1271.17 beta in case it matters. 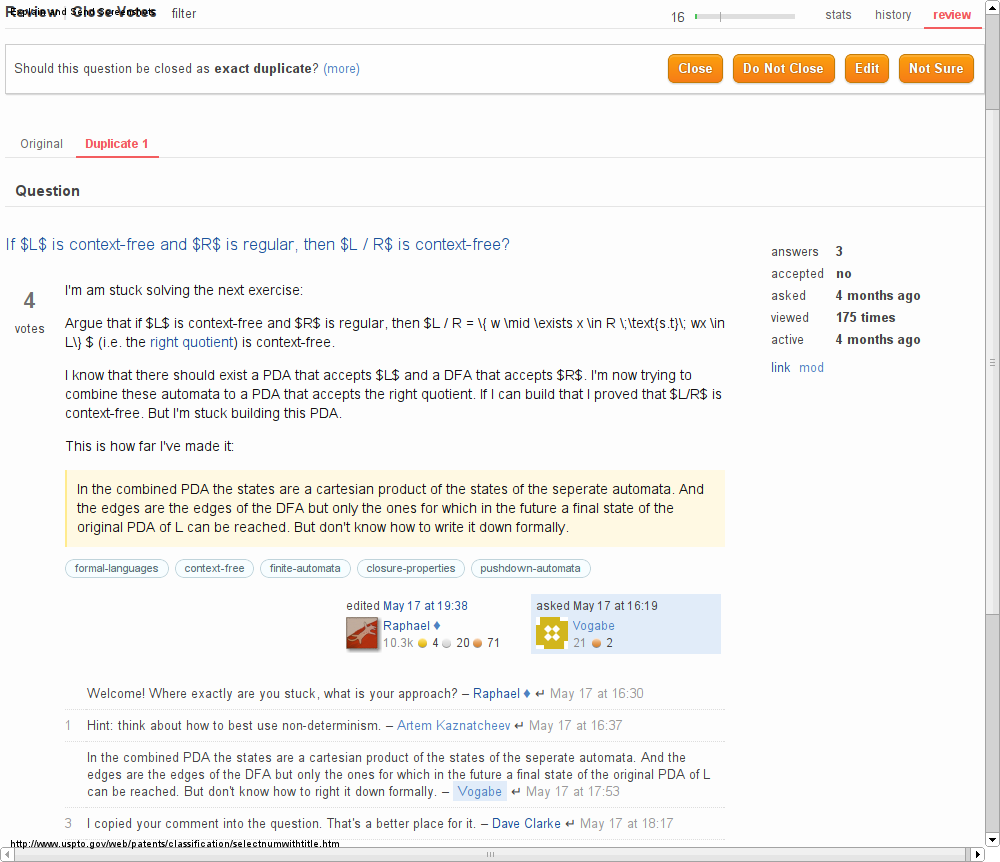 This seems to be a common issue in various less thoroughly tested parts of the Stack Exchange code base. For example, it also happens in the 10k flag review for any posts hidden behing the "show already flagged posts" link.

The fundamental cause of this bug is a combination of the following issues:

The proper way to fix this would, arguably, be for the Stack Exchange UI code to define its own "show a hidden element" method that was aware of these issues, and then systematically use that method instead of the plain jQuery .show() method.

In the mean time, however, an alternative fix is to modify the jQuery .show() method itself to remove the dno class and queue a MathJax typeset pass, like this:

5
Cannot see what I'm typing
4
Closing dollar is sometimes not recognized when the math snippet contains a less-than sign
2
Duplicate on other SE site
6
About the new badge icons
4
Is there a way to draw derivation trees with MathJax?
2
Will the close/reopen vote threshold be reduced from 5 to 3?