Who should the beta moderators be? [closed]

Ask Question
Asked 9 years, 9 months ago
Active 9 years, 9 months ago
Viewed 495 times
14
$\begingroup$
This question is unlikely to help any future visitors; it is only relevant to a small geographic area, a specific moment in time, or an extraordinarily narrow situation that is not generally applicable to the worldwide audience of the internet. For help making this question more broadly applicable, visit the help center.
Closed 9 years ago.

This site has been in public beta for a week, and it'll soon be time for us to get moderators. During the beta period, moderators are selected by Stack Exchange staff (there will be elections once the site graduates). This is all explained in the blog post Moderators pro tempore, which I invite you to read. Citing the most salient points:

About a week into the public beta, we will seek out members who are deeply engaged in the community’s development; members who:

The purpose of this post is to seek out candidates. Are you interested in being involved in the site? Do you think you have the qualities outlined above? Then please manifest yourself! Have you noticed someone who you would like to see as a moderator? Then nominate that person. Some rules:

He has long argued (even before the area51 proposal) that there is a need for a Q&A site like this, has defended the proposal on several place including area51, and has been quite enthusiastic about it.

He is the most active user on the site, and has the highest reputation. He has been helpful to other users and has remained respectful at all times.

He is a master student in computer science and is quite knowledgeable about CS.

Gilles has been actively defending and promoting our proposal from the very beginning (at least 13 referred users).

He has been very active since private beta; with over 20 question he his the undisputed lord of seeding, over 300 votes and about 90 edits to date show that he is also helping to maintain overall quality.

He is also very active in chat and on meta, always ready to discuss policy.

Gilles has lots of experience with SE in general, both as user (wow, das U&L profile!) and as moderator. In particular the latter has been and will be important for us.

In addition, he is a computer scientist in practice, an important perspective for us to have.

I hesitated, partly to let new blood into the fold (I'm already a moderator on two sites), and partly because of moderating this site is likely to be, let's say, interesting. On the other hand, I care about this site, and I've already invested quite a bit of energy into it and intend to continue to do so whether I'm a moderator or not. I can offer a broad perspective, having done computer science for a few years before going into industry as a developer. I've also been active on many Stack Exchange sites, including Stack Overflow (which, far more than CSTheory, has faced problems we're likely to face).

Patrick87 has made interesting contributions on the site and on Meta. He has proven level-headed. He has experience of sites not frequented almost exclusively by scientists, which I feel is an important perspective.

Patrick87 is a student of high-performance and scientific computing, with research interests and experience in computational atomic physics, numerical methods, parallel and distributed algorithms, and high-performance computer architecture. Other of his interests include mathematical logic, discrete mathematics, and the foundations, mathematics, and theory of computation, although his ability in these areas is amateur level, at best.

Alex ten Brink has been very active in asking and answering questions on this site, and has shown both a great depth of knowledge and ability, as well as a capacity for patience and understanding. He has made useful contributions to the meta discussion and has shown an interest in helping to make this site a success.

I sincerely encourage others who may better know Alex ten Brink to add additional qualifications and information.

My (Alex') response: while I'm grateful for the support, there is one reason I'm hesitant to accept this nomination. I have a tendency to take on too many projects at the same time and end up not having enough time for all of them. Right now, my time is pretty well filled; last week for instance I was rather inactive because some deadlines coincided.

I therefore think it'd be better if the position was given to someone else who does have enough and consistent amounts of time to spend on the site. If asked, I'm willing to take the position and spend as much time as I can afford on it, but I can't guarantee consistency. I'll re-evaluate my position if elections are held or a moderator spot opens up - I'm trying to reduce the number of projects I have running at the same time.

Declined. See below for a reason.

Dave is the user with the third highest reputation and is also very active on the site (third most active user). He has been a moderator on csthoery and has demonstrated to lead by example and remain respectful, calm, even handed on issues at all times. He is a professor of computer science (in distributed systems and networks group) and is both knowledgeable as a computer scientists and a teacher.

Considering the high number of questions in theory that we receive at the moment, I think it would be helpful to have a pro-term moderator who is also a moderator on cstheory.se.

I thought about it for a while, and really want the best for this site, but too much of my time these days is spent doing this: 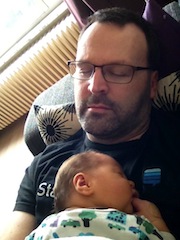 Kaveh works tirelessly as a CSTheory moderator and participant. He is also very active on this site. Not only does he participate in core site activities, he is very active on the meta site, helping shape the site and ensure that it runs smoothly and fairly. He would do an excellent job as beta moderator.

Not the answer you're looking for? Browse other questions tagged discussion beta .

7
A hard stance against the soft-question tag
6
Should moderators publicly point out when a user is blocked from asking questions on Stack Overflow?
6
What is to be done with question posters who do not vote or accept?
7
2019 Moderator Election Q&A - Question Collection
296
I am resigning as a moderator
5
Using the same comment as Moderator to improve posts