Reduce voting threshold from 5 to 3 votes for close/reopen

To make this effective (a proof of community involvement and general agreement), please cast your vote in the answers.
If you feel like some additional comment is needed, please write it below answer it belongs to.

For simplicity, I propose that we use only upvotes on given answer to avoid counting twice (say downvote to “no” and upvote to “yes” may be inconsistent, some users may cast one, some two votes).

It's been quite a while since you escalated this request to the Community Team — sorry for the long wait!

You now officially only need 3 close votes to close a question on Computer Science SE!

After looking at the data, I think it's clear that there's no reason for y'all to have this threshold set at 5. Thank you so much for bearing with us while we got to this request.

We'll check back in with you all in a few months to see how things are going in this regard — if things are going great, we may not post an update, but please feel free to leave a comment here if you want us to post something.

Here are some basic stats on how things looked before this change:

Over the last two years, you've had somewhat concerning numbers when looking into what percentage of questions that received at least one flag or vote to close actually ended up getting closed. While there are some dips here and there (the one in the last few months is particularly noticeable), things have been generally in the 60-70% range. 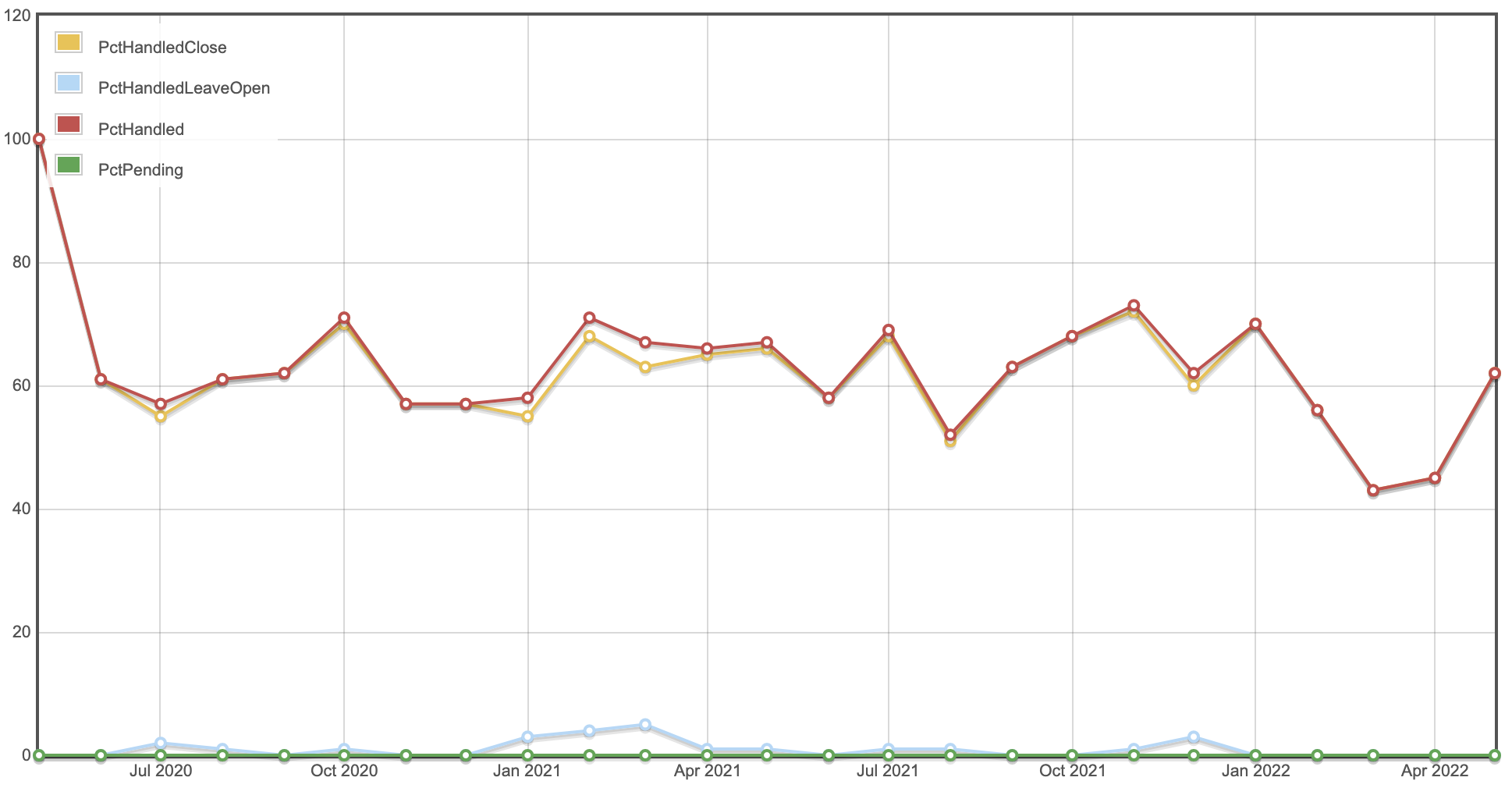 In addition, the graph below shows that the site moderators, rather than the community, are doing the bulk of the closing: 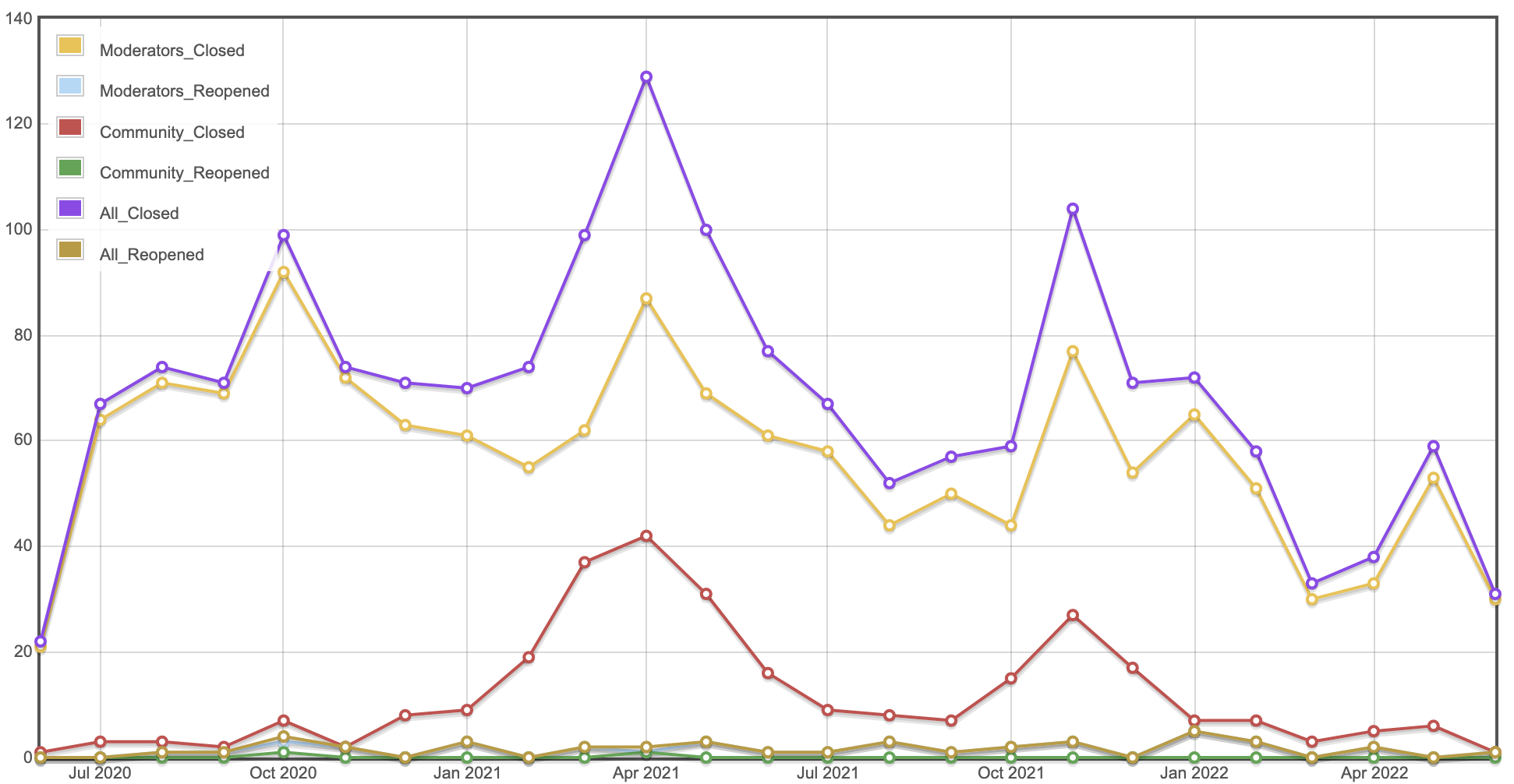 For the most part, the Moderators_Closed line is almost as high as the All_Closed line. This is because most of the questions that have been closed were closed by mods. There are peaks in April and November 2021 when more posts were closed by community members, corresponding to an increase in the total number of closed questions for those months as well. (The lines for reopened questions are all near the bottom – not very many closed questions get reopened on this site, which is not particularly uncommon.)

When working on this project, Catija (another CM) had found two primary use cases for this change:

Both of these are valid concerns here. The first graph still shows that there are around ~30-40% of tasks aging out of the review queue on any given month.

Likewise, the second graph shows that the site mods here are casting the bulk of the final close votes. However, the mods shouldn't be having to make the vast majority of these decisions – even with other users weighing in. This creates an imbalance between closing and reopening, as the mods have to be really thoughtful about reviewing for reopening.

I suggest keeping the close vote requirement (stuff gets closed quickly anyway) but lowering the open vote requirement since there is usually less interest in questions that have been closed, and this makes it hard to reopen prematurely closed questions.

No, please do not change the threshold on close/reopen votes.

I do not really care what is the threshold.

2
Will the close/reopen vote threshold be reduced from 5 to 3?