The part of post disappears after “<” mark without space 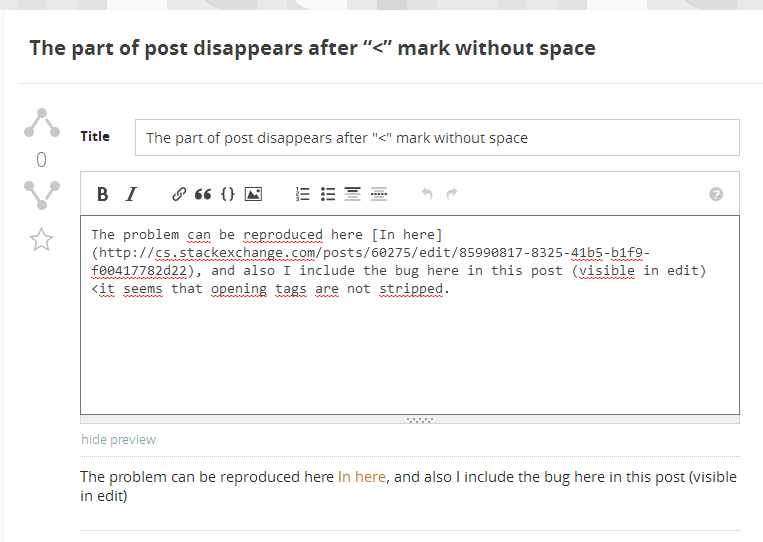 I include the bug here in this post (visible in edit)

< is also the starting character of any HTML tag - which a subset of is allowed in markdown.

As such - it isn't escaped by the parser - and your browser thinks that everthing after < (until a > is reached) is a tag. So isn't shown on the page.

Solution? When posting math, use math formatting, as in the edited post.

Not the answer you're looking for? Browse other questions tagged bug status-bydesign editor user-interface .

7
Curly brackets not showing in LaTeX display mode
2
There's no toolbar
8
LaTeX in post preview is slow
3
URLs with circumflex are not handled correctly
0
Editing a question that is “on-hold”
2
Question ban warning, while I have never asked a question on CS
3
Button color in chat provides no contrast
2
Edit link not visible in one question